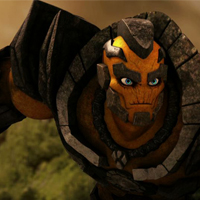 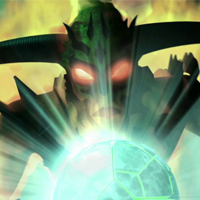 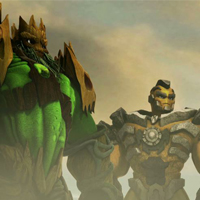 Three thousand years ago, the Island of Gorm faced its gravest hour - Magor, the Volcano tribe’s dreaded leader, was at the zenith of his power. His dark rage and volcanic powers threatened to consume the entire island along with every living Gormiti! Magor was repelled only thraugh the selfless combat and incredible power of the Invincible Lords of Nature. Culled fram the four tribes - Earth, Air, Sea, and Forest - they were guided by their mysterious benefactor, the Old Sage. The Lords knew that a victory against Magor was temporary if the source of their newfound power remained intact. And for over three thousand years the peace has lasted ... Until today ... The day young Agrom, prince of the Earth Tribe, found a crack in his kingdom’s wall...